G-13 has an abundance of trichomes and orange hairs. G-13 has a musky, earthy smell. G-13 is most suitable for appetite and stress streatmeant. G-13 is one of the rare pure indica strains to have an uplifting effect. It produces a full-body high with no tiredness and a clear head. G-13’s great high last for around 2 hours. Alternatively Afghani, Bubba Kush and God’s Gift would serve a similar purpose 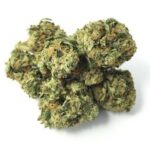 G13 is a strong Indica cannabis strain. With buybuds online, it has never been easier to Order Quality G-13 Indica online.Also known as government Indica strain 13. It was remoured that government gathered the best strain from breeders all over the world. Many new species were bred during this time which was supposedly in the 1950s and 60s. One of the technician was said to have liberated one of the strains which was bred for public consumption. Off course this stories are not verifiable and should taken with a pinch of salt. The only undeniable fact is the legendary status of  G-13

When you Order Quality G-13 Indica with us prepare yourself for the proper punch it packs . It posses a strong cerebral effect that will leave consumers feeling euphoric. This strain causes consumers to be focused and creative but eventually couch-lock sets in. Due to the high THC most indica strains have unwanted side effect such as dizziness,paranoia and dryness of mouth. G-13 being an Indica is no difference. As such this strain is best consumed during the later part of the day. With G-13 nothing could go wrong, all that awaits is a great time

There are no reviews yet.

Have no product in the cart!
0